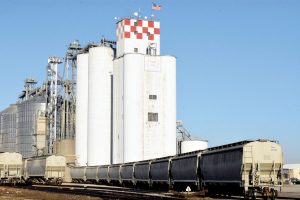 Sound carries well on cold, clear nights, and local residents are hearing more train whistles recently than in past months.

Grain prices have been strong, so Top Ag in Okawville has been moving more grain on the rails in the last several weeks than was the case last year.

“We like to hold the grain until end markets want it, and right now they’re wanting grain,” said Kevin Hartkemeyer, CEO/General Manager of Top Ag. “It’s busier than it has been, especially compared to last year when we didn’t ship as much.”