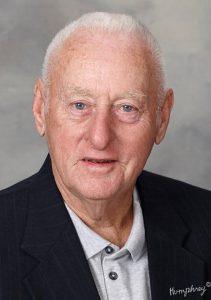 Mr. Decker was born on October 4, 1936, in Nashville, IL, the son of Walter Decker and Ann (nee Kult) Sanders.  He was united in marriage to Alice Mozelewski on November 22, 1958, at St. Ann Catholic Church in Nashville, and she preceded him in death.

Lloyd proudly served with the United States Army from 1960 to 1962.  He worked as a tool and die maker for many years and was a member of the St. Ann Catholic Church in Nashville, IL.

He was preceded in death by his parents, wife, 3 brothers, Floyd, Erwin and Elmer; 2 sisters, Darla Decker and Evelyn Piotrowski and step-father, Warren Sanders.

Funeral services will be held at the Campagna Funeral Home in Nashville, IL on Wednesday, December 21, 2022, at 11 AM with Fr. Andy Knopik officiating.  Interment will follow in the St. Paul Cemetery in Nashville, IL.

Friends may call at the Campagna Funeral Home in Nashville on Wednesday from 9 AM until the service hour.

Should friends desire, mass offerings or memorials can be made to the St. Paul Cemetery and will be accepted by the Campagna Funeral Home.