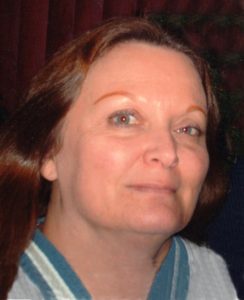 Sandra Kay Turner, 68, of O’Fallon, Illinois formerly of Salem passed away at her home in the care of her family, November 24, 2022.

Born August 28, 1954 in Belleville, she was the daughter of Adolph W. “Lefty” and Elnora “Shorty” (Woodside) Schambon.

Visiting hours will be from 6:00 pm – 8:00 pm Friday at the Sutherland – Rankin Funeral Home in Salem. Funeral services will be at 1:00 pm Saturday at the Grace Church of Nazarene in Salem with visitation from 12 o’clock noon until the service hour at the church. Pastor Mark Copley will officiate. Burial will follow in the Paradise Cemetery in Salem. The family suggest memorials be made to the PSP, a condition Sandra was affected by, or to the Donor’s choice and will be accepted by the Sutherland – Rankin Funeral Home, P.O. Box 97, 310 N. Broadway, Salem, IL 62881 (618) 548-1234, entrusted with the family’s care. On line condolences may be left at sutherlandfuneralhome.com.

Sandra had worked various places in Salem including Little Egypt Pancake House, Salem Dairy Queen, Radiac Abrasives Inc., and Sealed Air Corporation. After moving to the Metro East area she worked in banking. She attended Grace Church of the Nazarene in Salem. She had a life-long interest in playing softball. She especially enjoyed spending time with her grandchildren and had a great love for pets and all animals.

In addition to her parents, she was preceded in death by one daughter, Brandy Cook, her sister Rebecca Schambon and nephew Nathan Bergmann.