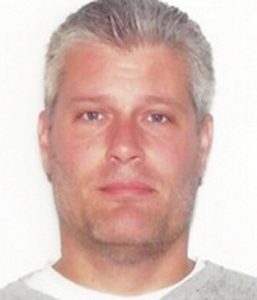 Michael Fisher, 51, of Okawville, IL departed this life in the emergency room of the Washington County Hospital in Nashville, IL on Saturday, October 15, 2022, at 6:47 A.M. after a sudden illness.

Michael was born at Scott Air Force Base, IL on December 29, 1970, the son of Lonnie and Ruth Ann (nee Ganoway) Fisher. He was united in marriage to Donna Harkins in Nashville, IL on March 29, 2021, and she survives his passing.

Mr. Fisher volunteered for the United States Army in 1988 and served with the 1st Battalion, 33rd Field Artillery Regiment as a cannon crewman. Following his discharge, he worked in sales-training for the automotive industry and later as a helicopter analyst for the United States Army. He then became certified as a Merchant Mariner and sailed on supply vessels that supplied and serviced oil rigs in the Gulf of Mexico for many years.

Michael was an avid writer and was currently working on a book about his own life experiences and how his experiences could help others who were coping with similar circumstances. Mr. Fisher also hosted his own YouTube channel that was dedicated to the discussion and investigation of the many conspiracy theories that are out there. Michael also loved playing video games and gaming with his stepson.

Left to mourn his passing are his wife, Donna Fisher of Okawville; three sons, Michael Fisher Jr., and Jacob and Adam Fisher both of Chandler, TX; a stepson, Devon Siciliano of Lowell, MI; his father, Lonnie Fisher and wife Patty of Henderson, NV; his mother, Ruth Ann Ganoway of Missouri; and his grandchildren.

He was preceded in death by a sister, Debbie Fisher.

In accordance with the wishes of the family, cremation will be performed, and a memorial service will be held at a later date.

In lieu of flowers, memorials may be made to the family of Michael Fisher and will be accepted by the Campagna Funeral Home.