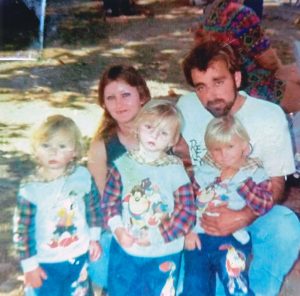 Kimberly Kay Elling, age 55, of Carlyle passed peacefully surrounded by her family on Tuesday, September 13, 2022 at her home. She was born in Belleville, IL on July 4, 1967 the daughter of Frank and Jane Fulton.

Kimberly was an avid St. Louis Cardinals fan and she enjoyed cooking, playing bingo, spending time outdoors camping and fishing. Her favorite thing to do was spend time with her grandchildren and family and she was pretty good at drinking beer as well.

She is survived by her husband, Alan Elling of Carlyle; three sons: Justin and wife Larissa of Benton, IL, James and wife Gabby, and Jared all of Carlyle; her best friend Dina Brown of Carlyle; seven grandchildren: Courtney, Jordan, Arianna, Mayce, Mia, Jaysen, and Carleigh; three brothers: Thad Fulton and wife Tabby of Missouri, Brian Fulton and wife Tammy of Ashley, and Toby Fulton of Ashley; two sisters: Clara Stevens of Arkansas and Kelly Fulton of Carlyle; as well as many nieces and nephews.

As per her wishes, she will be cremated and a celebration of her life will be held at a later date.

Memorials may be made to the charity of the donor’s choice and will be received at Nordike Funeral Home, 740 Fairfax Street, Carlyle, IL 62231.

Online condolences may be made to the Elling family by visiting www.nordikefuneralhome.com.