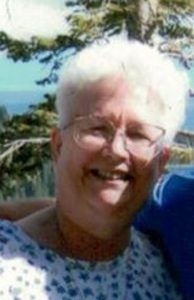 Elva Marie Wilke Bennett, 84 of Nashville, passed away at 8:45 a.m. on Saturday, June 25, 2022 at Friendship Manor Health Center in Nashville.

She was born on April 20, 1938 in St. Louis, MO the daughter of Theodore (Ted) and Martha Lueker Wilke. After she married and divorced twice, she married the love of her life Luther Bennett, Jr. on October 20, 1990 and he passed away on May 29, 2009. Also preceding her in death were her parents and a brother Norman (Sue) Wilke. Marie leaves nieces, nephews, cousins and many friends.

Marie did many things in her lifetime. She learned to drive a semi truck when it wasn’t popular for a woman to do so as well as learning to drive Army tanks as part of her employment. Her last job was running the bait shop at the Washington County State Lake for 10 years where she made numerous friends.

Marie was a proud survivor of cancer for nearly 51 years. She was a member of the St. Peter United Church of Christ in Okawville.

A graveside funeral service will be held at 2:00 p.m. on Wednesday, June 29, 2022 at St. Peter’s United Church of Christ in Okawville with Rev. Jeffrey Schwab officiating. Friends are asked to go directly to the cemetery as there is no visitation. Memorial contributions may be made to Cancer Research or a charity of the donor’s choice.

Styninger Funeral Home in Nashville is in charge of arrangements. Online expressions of sympathy may be made at www.styningerfuneralhomes.com or on the funeral home’s Facebook page.