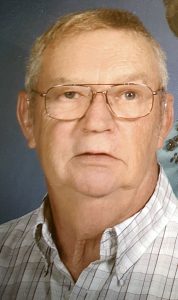 Dennis was born in Okawville, IL on February 4, 1943, the son of Leslie and Mildred (nee Riechmann) Klasing. He was baptized Dennis Alfred Raymond Klasing in the St. Paul United Church of Christ in rural Okawville on February 14, 1943 and confirmed in the St. Peter’s United Church of Christ in Okawville on April 14, 1957. He was united in marriage to Alice Frederking in Hoyleton, IL on December 23, 1961and she survives his passing.

Mr. Klasing was a 1961 graduate of Okawville High School. He served in the United States Army for three years and was stationed in Seoul, South Korea as well as Fort Polk, LA. Dennis worked for the Washington County Highway Department and then the Illinois Department of Transportation as a highway maintenance worker. He was a member of the St. Peter’s United Church of Christ and had previously served on the church council. He was a member of American Legion Post 233 in Okawville and had served as a Precinct Committeeman for the Washington County Republican Party. He enjoyed collecting and repairing antique clocks as well as hunting. Dennis especially loved spending time with his grandchildren.

In addition to his parents, he was preceded in death by his parents-in-law, Edwin and Erna (nee Rennegarbe) Frederking; and four brothers-in-law, Arnold Althoff, Raymond Yehling, Howard Kleiboeker, and Jack Braeutigam.

In accordance with the wishes of Dennis and his family, cremation will be performed.

A memorial service will be held from the St. Peter’s United Church of Christ in Okawville on Friday, July 1, 2022 at 11 A.M. with Pastor Jeffrey Schwab officiating. Interment will be in the church cemetery. Military graveside rites will be accorded by American Legion Post 233 of Okawville.

There will be no visitation prior to the services. Friends and family are asked to arrive at the church at 10:45 A.M. for the service.

In lieu of flowers, memorials may be made to the Sons of the American Legion Scholarship fund or to the St. Peter’s Building fund and will be accepted by the Campagna Funeral Home.