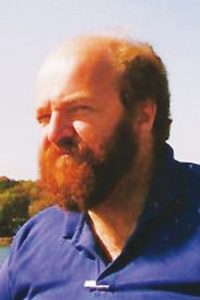 Kenneth R. Teveer, 64, of Marissa, IL, born July 25, 1957 in Belleville, IL, passed away on Tuesday May 31, 2022 at his residence. Mr. Teveer was a retired Toyota engineer. .After his first love of wife and family, his lifelong passion was music. He loved playing at churches, for family and other local venues. He encouraged young musicians by collecting and donating instruments to the Marissa Grade School. Ken was a stranger to no one and will be missed by many. Mr. Terveer was a member of the Sons of the American Legion Post 683 in St. Libory, IL, as well as a member of the Masons and Eastern Star.

He was preceded in death by his parents – Daniel and Rosemary (Buss) Terveer.

Memorials may be made to the First United Methodist Church stained glass window fund, the Marissa Food Pantry or the American Heart Association.

Funeral: Services was held at 10 a.m. on Saturday June 4, 2022 at First United Methodist Church in Marissa, IL with Rev. Cody Battefeld officiating. Interment will be at a later date.

Heil-Schuessler Funeral Home in Marissa, IL is in charge of arrangements.