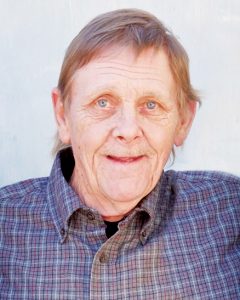 Chuck was born on November 13th, 1954, to the late Hugo and Vera (Krohne) Hanke. Chuck was a longtime logger who enjoyed life on the river. He also loved listening to music, riding around on his side by side, and collecting beer steins.

He is survived by his son, Tim Hanke and wife Chelsey of Carlyle; his daughter, Jessica Rivera of Wisconsin; his granddaughter, Rylan Hanke; and his brother, Mike Hanke of Okawville.

Chuck was preceded in death by his parents; and his step-mother, Ruby Hanke.

A memorial service for Mr. Hanke will be held at a later date. Expressions of sympathy in memory of Chuck are suggested to Carlyle Healthcare & Senior Living.

Donations and condolence cards may be sent to Zieren Funeral Home, 1111 Clinton Street, Carlyle, IL, 62231. Online condolences may be shared at www.ZierenFuneralHome.com

Chuck’s Funeral Arrangements Memorial Service will be held at a later date.