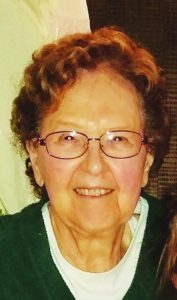 Joyce McSparren of Okawville, IL departed this life in the St. Louis University Hospital in St. Louis, MO on Wednesday, May 18, 2022 at 10:59 P.M. following a sudden illness. She had attained the age of 91 years, 2 months, and 25 days.
Joyce was born in Sinclairville, NY on February 24, 1931, the daughter of Francis and Edith (nee Blodgett) Childs. She was united in marriage to Claud L. McSparren in Buffalo, NY on August 24, 1954, and he preceded her in death on October 2, 1988.
Joyce graduated from nursing school in 1951 and worked as an R.N., retiring from St. Bernard’s Hospital in Jonesboro, AR. She was currently working as an instructor at the Centralia Rec Center, teaching water exercise classes for arthritis sufferers. She also previously volunteered at the Okawville Village Library. Joyce was a member of the First Baptist Church in Nashville, IL and she enjoyed traveling.
Left to mourn her passing are her two daughters, Kim Grigsby of Okawville and Lisa Kihlstadius of Ravenden, AR; a brother, Wayne Childs and wife May of Marana, AZ; four grandchildren, Chris and Michael Grigsby, and Emmy and Jon Kihlstadius; six great grandchildren; several nieces and nephews as well as a host of friends.
In addition to her parents and husband, she was preceded in death by a son, James C. McSparren in 1974; three sisters, Beth McKoon, Hazel Turner, and Ruth Campbell; as well as a son-in-law, Larry Grigsby.
Graveside services will be held in the Fairview-McCurry Cemetery in Salisbury, MO on Wednesday, May 25, 2022 at 2 P.M. Friends are asked to go directly to the cemetery for the service.
Friends may call at the Campagna Funeral Home in Okawville on Tuesday, May 24 from 4:00 P.M. until 7:00 P.M.
In lieu of flowers, memorials may be made to the St. Jude’s Children’s Research Hospital and will be accepted by the Campagna Funeral Home.
Online expressions of sympathy may be made at www.campagnafuneralhomes.com 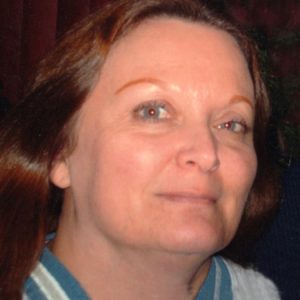