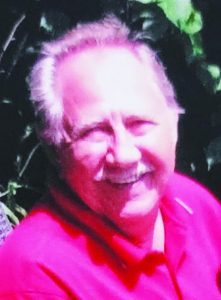 John H. Malawy, 96 of Nashville, passed away at 10:31 p.m. on Friday, May 20, 2022 at SSM Good Samaritan Hospital in Mt. Vernon. He was born on December 26, 1925 in Nashville, the son of August and Clara Skiera Malawy. He married Gisela Nickel in 1952 in Germany and she preceded him in death. Also preceding him in death were his parents, a son Henry and nephew Glenn. 6 brothers; Leonard, Eugene, Alvin and Hillard, Andrew (Catherine) and Harry (Rose) Malawy and a sister Delores Malawy.
Left to mourn his passing is his daughter Barbara Haney of Mt. Prospect., granddaughter Kallie Haney. Sisters-in-law Marie, Velma and Dorothy Malawy. Many nieces and nephews and special neighbors and friends; Donald and Anita Revelle, Kim and Doug Kell, Dale and Vanessa McCollum.
John served in the 82nd Airborne Division of the United States Army in WW II where he attained the rank of Sergeant First Class. He was a retired plant manager for an engineering company. He was a lifelong member of Our Lady of Perpetual Help Catholic Church in Posen.
A celebration of John’s life will be held at a later date. Styninger Funeral Home in Nashville is in charge of arrangements. Online expressions of sympathy may be made at www.styningerfuneralhomes.com or on the funeral home’s Facebook page.