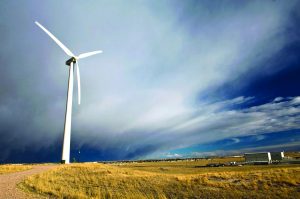 About a dozen community members attended the meeting to voice their opinions on construction of wind turbines, called Wind Energy Conversion Systems, that have been proposed in parts of the county.

County Zoning Administrator Matt Bierman addressed the attendees prior to the public comment to explain the draft ordinance being considered by the board.

Bierman said that he had been approached by a company looking for potential sites to build turbines, and the representative asked about the county’s regulations. None were on the books, which prompted him to look for guidance from across the state on local regulations.