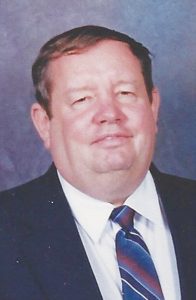 Robert Brockmeier of Okawville, IL departed this life in the emergency room of the Washington County Hospital in Nashville, IL on Friday, April 22, 2022 at 3:30 A.M. He had attained the age of 69 years, 6 months, and 20 days.

Robert was born in Belleville, IL on October 2, 1952, the son of Walter and Marian (nee Barkau) Brockmeier. He was a 1970 graduate of Okawville High School and earned his Bachelor’s degree in Education from SIU-C. Robert furthered his education at SIU-E where he was awarded his Master’s degree.

Education played a major role in Robert’s life. He was a teacher for the St. Louis Public School District, working with special needs students until his retirement. He then worked as a clerk in the Automotive Department at the Belleville Wal Mart. Bob loved music and played saxophone in the SIU-C Marching Band. He was also an avid reader, and he especially enjoyed touring different college campuses with his brother Gerald. Robert was a member of the Immanuel Lutheran Church in Okawville.

Left to mourn his passing is a brother, Gerald Brockmeier and wife Kathy of Addieville, IL; two sisters, Ann Luedders and husband Larry of Steelville, IL and Mary Lou Lake and husband Dale of Oakdale, IL; a sister-in-law, Brenda Brockmeier of Okawville; his aunt, Verdell Unverfehrt of Okawville; numerous nieces and nephews, great nieces and nephews, cousins, as well as many friends.

In addition to his parents, he was preceded in death by a brother, William Brockmeier, and a sister, Catherine in infancy.

In accordance with the wishes of the family, cremation was performed.

A memorial service will be held from the Immanuel Lutheran Church in Okawville, on Saturday, April 30, 2022 at 11 A.M. with Pastor Eric Wood officiating. Interment will be in the church cemetery.

Friends may call at the Immanuel Lutheran Church on Saturday from 9 A.M. until the service hour.

In lieu of flowers, memorials can be made to Immanuel Wee Care or the West Washington County Unit School District Foundation and will be accepted by the Campagna Funeral Home.