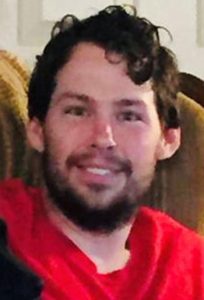 Wesley was a 2007 graduate of Nashville Community High School in Nashville, IL and a 2010 graduate of Kaskaskia College in Centralia, IL, where he was a member of the Cross-Country team.  He then attended Southern Illinois University Carbondale and graduated with his Information Systems degree in 2012.  He worked as an Information Technician for Dell in St. Charles, MO and attended Coulterville United Methodist Church in Coulterville, IL.  Wesley enjoyed buying and selling items on Ebay, running, bicycling, music, playing his guitar and he loved his cat, Marley and dog, Mocha.

Per the wishes of Wesley and his family, cremation will be performed and a Memorial Service will be held at the Coulterville United Methodist Church in Coulterville, IL on Thursday, April 28, 2022, at 11 AM with Pastor Cody Battefeld officiating.  Interment of Ashes will follow in the Elkton Cemetery in Elkton, IL.

Friends may call at Coulterville United Methodist Church on Wednesday from 5 PM until 8 PM and on Thursday from 10 AM until the service hour.

Should friends desire, memorials can be made to the Oakdale Grade School or St. Louis Children’s Hospital and will be accepted by the Campagna Funeral Home, who is assisting the family with arrangements.