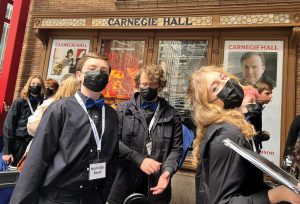 Music students from Nashville High School returned from the trip of a lifetime capped by a performance at one of the most prestigious venues in the country.

Members of the concert band and chorus performed last Monday night at historic Carnegie Hall in New York City in the final night of a whirlwind trip to the Big Apple.

The highlight of the trip was a concert at Carnegie Hall last Monday. The Nashville High School chorus and concert bands took the stage with other bands from across the country as part of the National Festival Chorus.

Read the rest of the story in this week’s issue