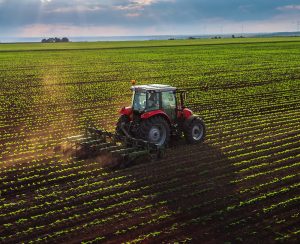 A cold, wet start to the month of April has allowed few opportunities for area farmers to begin planting.

According to the Illinois Crop Progress and Condition report, April has seen very few days suitable for field work since the start of the month due to above normal rainfall and below average temperatures.

Washington County has had more than three inches of rain since the end of March, which is a bit above the average rainfall in past years.

Additionally, temperatures have averaged between three and four degrees below normal for this part of the year.

After a brief warm up, forecasters are calling for more rain and cool temperatures over the next seven days.

Farmers are eager to get in the fields as commodity prices remain high. As of Monday, soybeans were at $16.89, which is more than two dollars higher than at the same point last year.

Wheat is trading at almost $11 a bushel, which is about $3 over last year’s price Corn is also trading about $2 higher than last year at $7.91.