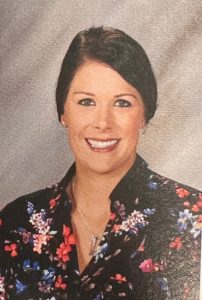 Though her career has never taken her far from her hometown, the opportunity to remain even closer to home made it an easy decision to accept the job as the new principal at Okawville Junior-Senior High School.

A Hoyleton native, Kimberly (Hayden) Emrick has worked as a teacher and principal in several area districts. But home is home, and she feels the Okawville job was a special opportunity.

“I’ve been in larger districts, and I missed the small-town feel,” Emrick said. “I know a lot of people in Okawville, and I’m really excited to get started.”

After graduating from Nashville High School in 2001, Emrick played volleyball at Southwestern Illinois College before earning a bachelor’s degree at Southern Illinois University Edwardsville. She later went to McKendree for her master’s degree.