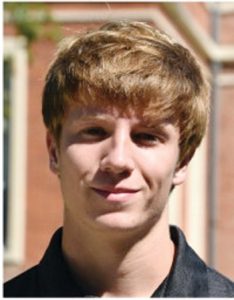 Jansen, a standout athlete at Okawville, finished fifth out of 14 comptitors in hIS first ever heptathlon at Wooster College in Ohio last week.

In his senior year as a Rocket track and field athlete, Jansen advancec to the IHSA State Meet in the 200-meter dash, the 400-meter dash, high jump, and triple jump. He also competed in basketball and cross country at Okawville.

Jansen is the son of Paul Jansen and Tanya Jansen of Okawville.