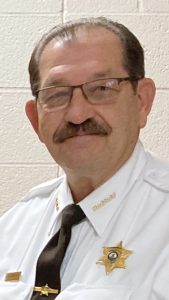 “After much soul-searching and prayer, I have decided to not seek re-election as your sheriff,” he said in a statement. “I have enjoyed my time in service to you and feel I was placed in the right place at the right time.”

Campbell was first elected in 2018 when he ran against independent candidate Greg Hopfinger. Campbell’s career in law enforcement began in the United State Army Military Police. He also served in the Springfield Police Department and retired from the Illinois Secretary of State Police.

“I will continue in my service as your sheriff for the duration of this term,” Campbell said. “I thank my many friends and supporters for this opportunity, and moreover, I thank God for His guidance and protection.”

This year, Campbell was facing a primary challenge from Ross Schultze for the Republican Party nomination for sheriff.

The primary election is set for June 28. The general election will be held November 8.