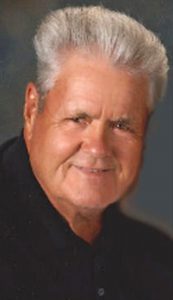 Mr. Leroy C. Stein of Nashville, IL, entered eternal rest at the age of 78, on Monday, February 14, 2022, at the Washington County Hospital in Nashville, IL.

Leroy was born in Lively Grove, IL on January 13, 1944, to Henry and Theresa (Lake) Stein.  He was united in marriage to Bernardine Kozuszek at St. Ann’s Catholic Church in Nashville, IL by Reverend John J. O’Keefe on June 24, 1967, and she survives his passing.

Leroy was a coal miner at Peabody Coal Company and Monterey Coal Company in Albers, IL.  He enjoyed spending time at his farm, gardening and visiting with his buddies at Hardee’s.

Mass of Christian Burial will be held at the St. Ann’s Catholic Church in Nashville, IL on Saturday, February 19, 2022, at 10 AM with Fr. Andy Knopik officiating.  Interment will follow in the new St. Ann cemetery.

Friends may call at the Campagna Funeral Home in Nashville, IL on Friday from 5 PM until 8 PM and on Saturday from 7:30 AM until 9:30 AM.

In lieu of flowers, mass offerings or memorials can be made to the St. Ann’s Catholic Church or St. Ann Catholic School and will be accepted by the Campagna Funeral Home.