Rainbow Ranch owner Alan Blumhorst has changed his tactics to oppose a 350’ cell tower planned near his petting zoo on Route 15. Asking the Zoning Board to vote against a zoning map amendment is now a moot point because the county learned it must change its ordinance to comply with the state 350’ maximum (unless closer than 1 1/2 miles from a town of 25,000.)

Zoning Administrator Matt Bierman said that there are certain situations in which he can deny a building permit, but a cell tower request next to an historic building is not one of them.

Blumhorst is now waging his effort in the court of public opinion. 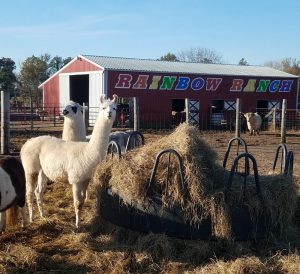