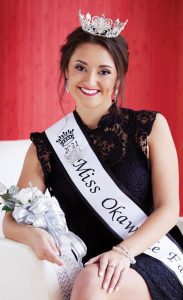 Marlee, a student at Missouri State University in Springfield, is the daughter of Mike and Jill Frederking of rural Addieville.

Laney, a graduate of Kaskaskia College School of Cosmetology, is the daughter of Ryan and Laura Renth of Hoyleton. She will attend Southern Illinois University Edwardsville to pursue a degree in Business.

Laney received the Peoples Choice Award and $500 prize. She was selected from among the 71 candidates through people paying a fee to vote in person or on-line.

Marlee was in the top 5 for People’s Choice.

Candidates were judged on interview, speech and communication skills, beauty and physique, and stage presence. They were judged in swimsuit and evening gown on stage, speech on stage, and individual interviews with judges before the pageant. 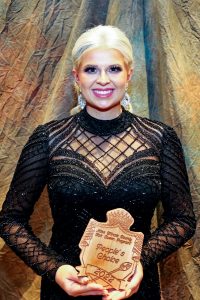 The county candidates had a large contingent of supporters that included family, friends, Queen Pageant Committees, and Fair Board members.