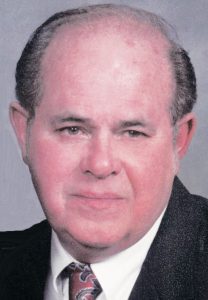 Jim graduated from Assumption High School in East St. Louis in 1958. After serving in the U. S. Air Force, Jim graduated from Ranken Technical College as an electrician while working at Monsanto. He then became employed as an electrician for Peabody Coal Company and also worked most of his life as a farmer. Jim enjoyed the outdoors including, boating, fishing and hunting. He also enjoyed building remote-control airplanes and was a member of the Belleville RC Flyers. Jim was a member of St. Liborius Church and Henry Schmitz American Legion Post 683, where he served as past commander and crew leader.

Memorials may be donated to the St. Liborius Cemetery Fund, P.O. Box 331, St. Libory, IL  62282. Condolences may be shared with the family by visiting mollfuneralhome.com