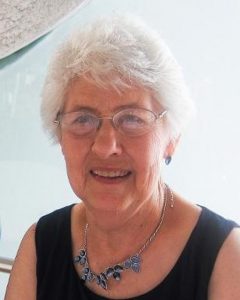 She was preceded in death by her parents; a son, Neil Haake; a granddaughter, Alyssa Guenther; and a brother Robert Maschhoff.

Lorraine was a lifelong member of Trinity Lutheran Church in Hoyleton where she was active in the LWML.  She was a member of the Washington County Home Extension.  Besides being a devoted farm wife, she was an accomplished seamstress and enjoyed quilting, embroidery, baking and gardening.

Funeral services will be held at 11:00 a.m. on Friday, December 31, 2021 at Trinity Lutheran Church in Hoyleton with Rev. Nathan Wollenberg officiating.  Burial will follow in the church cemetery.

Styninger Funeral & Cremation Chapel in Hoyleton is in charge of arrangements. Online expressions of sympathy may be made at www.styningerfuneralhomes.com or on the funeral homes Facebook page.