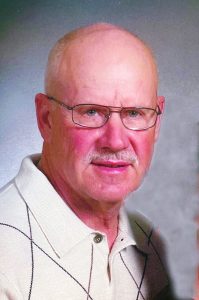 Wayne was born in Belleville, IL on February 21, 1945, the son of Elmer and Loraine (nee Brockmeier) Hasheider. He was a 1963 graduate of Okawville High School and served in the United States Army Reserves. He was united in marriage to Judy Stricker in the Immanuel Lutheran Church in Okawville on February 7, 1970 and she survives his passing.

Wayne was a faithful member of the Immanuel Lutheran Church in Okawville where he had held numerous leadership positions on a wide variety of church committees. He was a lifelong farmer and  truly enjoyed farming with his family. He was a member of the Washington County Farm Bureau, and he  also served on the Board of Directors of the Old Exchange National Bank of Okawville. Wayne was an avid hunter and enjoyed going on his many hunting excursions. He was a huge fan of the Okawville Rockets and Lady Rockets sports teams and loved following his children and grandchildren to their sporting events, and he also enjoyed watching the St. Louis Cardinals. Wayne was a bit of an athlete himself and played slow-pitch softball for several years. However, above all he loved spending time with his family.

In addition to his parents, he was preceded in death by three sisters, Cheryl Hasheider and Mary and Jane Hasheider in infancy; his father-in-law and mother-in-law, Warren and Virginia Stricker; and his nephew and godson, Douglas Oeltjen.

Funeral services will be held from the Immanuel Lutheran Church in Okawville on Friday, December 17, 2021 at 11 A.M. with Pastor Eric Wood officiating. Interment will be in the church cemetery. Military graveside rites will be accorded by American Legion Post 233 of Okawville.

Friends may call at the Immanuel Lutheran Church in Okawville on Thursday from 4 P.M. until 8 P.M. and again on Friday from 9 A.M. until the service hour.

In lieu of flowers, memorials may be made to the Immanuel Lutheran Church or to Heartland Hospice and will be accepted by the Campagna Funeral Home.