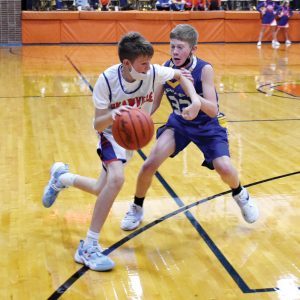 The Okawville Junior Rockets traveled to Lebanon to battle the Greyhounds last Tuesday and came away with a 41-26 win.

Okawville jumped out to a 12-2 lead after the first quarter and continued to apply the pressure to take a 22-11 lead into halftime.

The Junior Rockets continued to attack the rim on the offensive end and ended up defeating the Greyhounds 41-26.