It has been a busy fall for the new coach of the Okawville Rockets, but Ryan Heck is looking forward to his first year coaching the varsity basketball team.

Heck says players have been working hard to prepare for this weekend’s opener. “The effort from the kids in the first couple of weeks has been off the charts,” he said.

That type of effort will be a key for this year’s team, which only has one returning starter from last year’s squad in Ethan Riechmann. 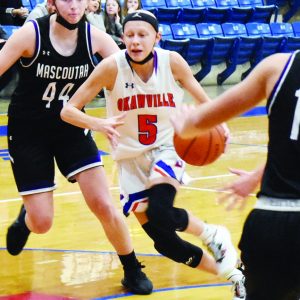 Lady Rockets Off to Fast Start