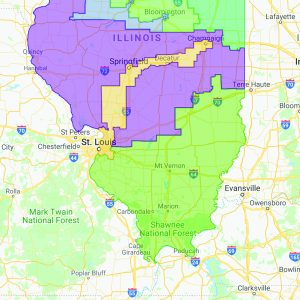 Washington County may be respresented by a new member of Congress, as Illinois lawmakers released proposed congressional district maps.

According to the maps drafted by the Illinois General Assembly, Washington County would be part of a proposed 12th Congressional District, which would include almost all of the counties south of Interstate 70.