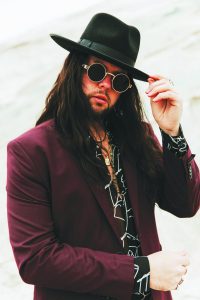 Songwriter Jeston Cade’s release of his newest single “Eyes Wide Open”, has reignited his music career. Although he had been writing songs, he had not been signed with a company for the past three years.

Since the song’s release August 13, 2021,  Eyes Wide Open has generated over 13,000 plays on Spotify and is playing on Sirius XM radio.

The song renewed Cade’s  interest in writing more songs. “But it all take the right time, song, person, and place for the magic to happen,” he said.

Cade wrote Eyes Wide Open seven years go with two of his favorite collaborators and Belmont University best friends. Since then, Parker Welling Nohe and Casey Brown have had four number one songs on the country charts with Russell Dickerson.