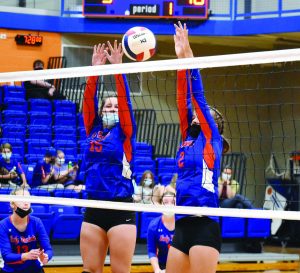 The Okawville Lady Rockets extended their winning streak to eight matches with a road victory over Carlyle 21-25, 25-12, 25-16 last Thursday.

The team started slowly after a week-long layoff but played well in the final two sets.

Okawville’s overall record is now 12-3, including a 4-0 record in Cahokia Conference play that puts them on top of the league standings.

The upcoming schedule includes games at Red Bud on Thursday, September 30, at Christ Our Rock Lutheran on Monday, October 4, and the annual Pink Out game at home against Valmeyer on Tuesday October 5.