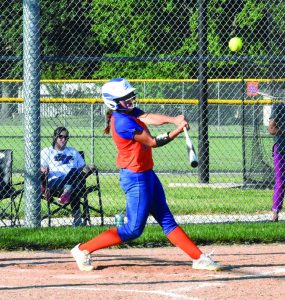 Okawville scored ten runs in the second inning, putting the game out of reach early. The Junior Lady Rockets scored thanks to walks by Rylan Senior and Jilien Harre, singles by Schae Juenger and Lillian Helbig, and groundouts by Helbig and Kenley Hackstadt.

Hackstadt, Brynn Rhodes, Cragen, Kate Borrenpohl, Schae Juenger, and Helbig each had one hit to lead Okawville. Okawville didn’t commit a single error in the field.