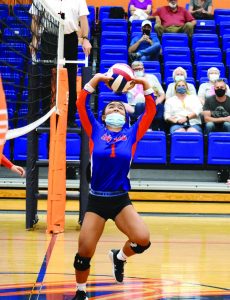 At Father McGivney, Heckert had ten kills, Tebbe had seven kills, and Wolf had four kills. The setters again played well, with both Todd and Kremmer getting twelve assists. Wienstroer had nine digs, Tebbe had eight digs, and Rennegarbe had seven digs.