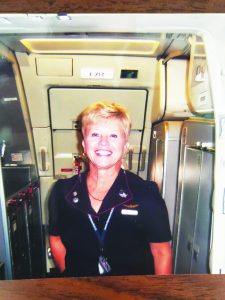 On the morning of September 11, 2001, Northwest Airlines flight attendant Peggy Hutchings was working the route from Cleveland to Minneapolis.

The Nashville woman was the lead crew member, so the pilot told her first: There is a national emergency and all planes are ordered to land immediately. The plane would divert to Grand Rapids, Michigan.

Ironically, the first news that it was a terrorist causing a plane to crash into the World Trade Towers came from a passenger. A woman in first class talking on a plane phone heard the news from her husband, and she then told the crew.