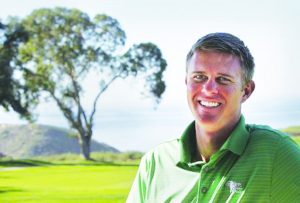 Blake Meentemeyer’s career as the Senior Director of Agronomy of the PGA Tour brought him “home” last week.

Meentemeyer and his crew were responsible for the final grounds preparation before and during the tournament. They monitor the moisture and ground speed of putting greens to adjust as needed.

For Meentemeyer, who grew up on a farm, being a PGA agronomist is a dream job. He likes working on different courses, having a supporting role in the tournaments, and being a part of events that raise money for charities.