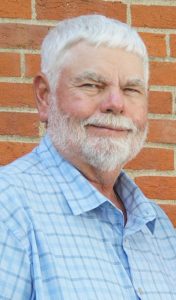 Mr. Going was a 1972 graduate of Okawville High School. Robert was a lifelong farmer. He was a faithful and active member of the St. John United Church of Christ in Plum Hill where he was a member of the St. John’s Brotherhood and the dartball team. Bob served his church in many capacities, including previously serving on the church council and the cemetery committee. Bob was also active in the Plum Hill community and was currently the Plum Hill Twp. Supervisor. Mr. Going enjoyed bowling and bowled in league at New Baden. He especially loved spending time with his family and spoiling his granddaughter.

In addition to his parents, he was preceded in death by a brother, Lloyd Going; a nephew, Mathew Going; father and mother-in-law, Arthur and Loretta Wilke; two sisters-in-law, Mary Going and Shelley Wilke; and a brother-in-law, John Rogers.

Funeral services will be held from the St. John United Church of Christ in Plum Hill on Wednesday, September 22, 2021 at 10 A.M. with Pastor Don Jones officiating. Interment will be in the church cemetery.

Friends may call at the Campagna Funeral Home in Okawville on Tuesday from 5 P.M. until 8 P.M. and at the St. John United Church of Christ on Wednesday from 9 A.M. until the service hour.