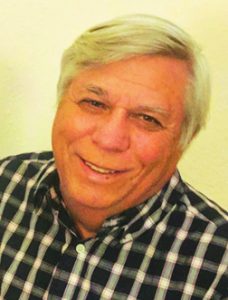 Ronald was born in Mt. Vernon, IL on July 5, 1951, the son of Frank and Fern (nee Venters) Porter. He was united in marriage to Valerie Simonton in Mt. Vernon on February 20, 1971, and she survives his passing.

Ron was a member and Pastor of the Lighthouse of Hope Church (formerly Four-Square Church) in Okawville where he had served for over 30 years. He previously served as the Youth Pastor at the Fairfield Assembly of God Church in Fairfield, IL. Mr. Porter also assisted Ray Campbell at Campbell’s Tree Service of Okawville for several years. Ronnie was an avid outdoorsman and enjoyed all types of hunting, but especially coon hunting. Ron was a loving husband, father, grandfather, and brother and cherished spending time with his family.

In addition to his parents, Ron was preceded in death by six sisters, Deloris Jordan, Betty Moutrie, Beverly May, Norma Webb, Barbara Ramsey, and Jeanie Porter; and a daughter-in-law, Jenny Knee.

Funeral services will be held from the Lighthouse of Hope Church in Okawville on Friday, September 17, 2021, at 7 P.M. with Pastor Eddie Linhart officiating. Following the services, cremation will be performed.

Friends may call at the Lighthouse of Hope Church in Okawville on Friday September 17, 2021, from 4 P.M. until the times of the service.

A service to celebrate the life of Ronald Porter will be held at the New Beginnings Assembly of God Church in Faifield, IL on Saturday, September 25, 2020,1 at 11 A.M. with Pastor Don George officiating. Interment of ashes will be in Fairfield, IL.

Friends may call at the New Beginnings Assembly of God Church on Saturday, September 25 from 10 A.M. until the times of the service.

In lieu of flowers, memorials may be made to Four Square Missions and will be accepted by the Campagna Funeral Home.