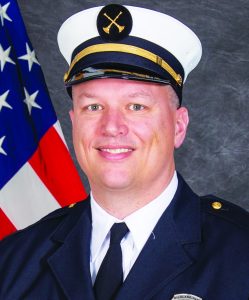 Schrage’s 24-year career in fire service began with part-time roles in three fire departments before joining the City of Highland Park in 2003 as a firefighter/paramedic. Schrage is a member of an elite group of professionals to have received the international designation of Chief Fire Officer from the Center for Public Safety Excellence and the Office of the Illinois State Fire Marshal.

Promoted to Lieutenant in 2016, Battalion Chief in 2018, and Deputy Chief in 2020, Schrage has served the Fire Department in numerous capacities during his career, including as Operations Chief, Accreditation Manager, Director of Public Education, Center for Public Safety Excellence Peer Assessor, Citizen Fire Academy Director, and Hazardous Materials Special Team Member for MABAS Division 3.