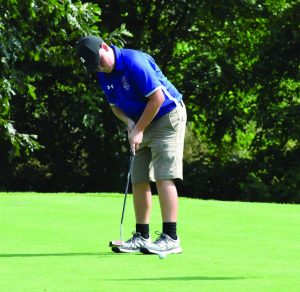 After their first meet was cancelled due to heat, the Okawville Rockets had the hot hands in their first golfn match of the season Monday.

Parker Wiese helped his squad defend the home course, turning in the Rockets’ low score with a round of 41. Three teammates finished within three strokes of the low round, with Dillon Teter shooting 42 and both Levi Traub and Dylan Clark carding matching scores of 44.

Okawville’s other two golfers also broke 50 for their rounds, with Shane Klasing shooting 45 and Riley Clark finishing with a 48.