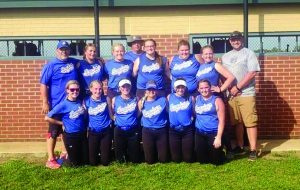 The Z20 Bombers 16 ended their season by going 2-2-1 in the 16U B division of the USSSA Great Lakes National Tournament in Evansville, Ind. the week of July 12-July 18.