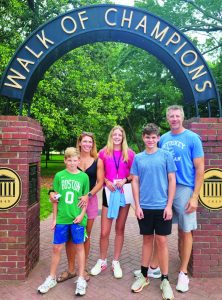 Ryan and Alicia Luechtefeld have had their share of ups and downs in their journey of raising two children with Cystic Fibrosis. Both Madison, 17, and Logan, 11 take daily treatments and medication for the inherited disorder that affects the lungs, digestion system, and other organs.

Their latest “up” is so high that it is off the radar.

Thanks to a new Trikafta medication Madison has been taking for 18 months, recent testing showed that her  sodium chloride level was so low that she no longer has CF.

The Luechtefelds consider that nothing short of a miracle. “Miracles do happen when you believe the fight can be won!” said Alicia.