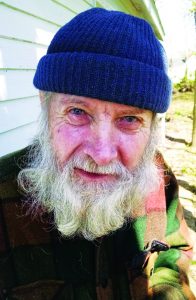 Jerry was born on December 29, 1935 in Blissville Township, Jefferson County, IL the son of Frank and Catherine (Ledwig) Janowski.

Jerry proudly served with the United States Army.  He worked as an over the road driver for Brown Brothers Trucking in Nashville, IL for many years, till his retirement.  Jerry was a member of St. Michael Catholic Church in Radom, IL.

Left to mourn his passing is his two daughters, Nancy Janowski and her special friend Terry Schettler of Ashley, IL and Malinda Janowski; nieces, nephews, other relatives and friends.

He was preceded in death by his parents and two sisters, JoAnn Dalman and Betty Zgonina.

Per the wishes of Jerry and his family, cremation was performed and burial of ashes in the Jefferson Barracks Cemetery in St. Louis, MO, will be held at a later date.  There will be no public services.

Should friends desire, memorials can be made to the Washington County Animal Control and will be accepted by the Campagna Funeral Home, who is assisting the family with arrangements.