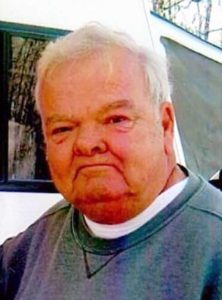 Roger proudly served his country by joining the Navy. He enjoyed fishing, boating, gardening and camping.

Roger married his wife Elizabeth “Betty” (nee Ronan) in 1984 and they spent many wonderful years together until she passed away October 4, 2008.

He is preceded in death by his parents Julius and Dolores Blockyou and his wife Betty Blockyou.

He is survived by his children Kevin (Angela) Blockyou and their children Mark, Courtney and Bailey of Mascoutah, IL; Donnie Blockyou of Coulterville, IL; Debra (Charles) Pietsch and their child Mason of Eldorado, IL. He is also survived by several nieces, nephews and beloved friends. He will be missed dearly by all who knew him.