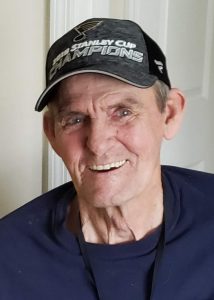 Mr. Markus was a veteran of the United States Army and a plumber for many years. Jim enjoyed hunting, fishing, golfing, and attending his grandchildren’s sporting events.

Memorials may be made to the Aviston Countryside Manor Therapy Department, Hospice of Southern Illinois, or Hannah’s Playground and will be received at the funeral home. Condolences may be sent to the family at www.nordikefuneralhome.com