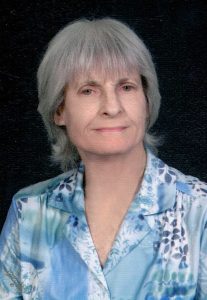 Mary Louise Kemper, 92 of Nashville, passed away at 10:25 p.m. on Sunday, February 7, 2021 at Washington County Hospital Extended Care in Nashville.

She was born on March 2, 1928 in Blissville Township, Jefferson County, the daughter of James Clark and Lillian Lampa Green. She married Edward “Eddie” Kemper on August 26, 1946 in Ashley and he passed away on June 1, 2008. Also preceding her in death were her parents, and a brother James Albert Green and his wife Anna May.

Mary was energetic, creative, and generous. Mary was a devoted and supportive spouse to Eddie for 61 years. She was dedicated to her children and grandchildren until the end of her life.

Mary was also a dedicated member of the First Baptist Church of Nashville where she was baptized as a young adult. At First Baptist, she was a member of the choir and the Amoma Sunday School class and lead the Sunday evening Training Union classes for several years. She also served as the church custodian for 40 years.

She taught herself carpentry and construction design and assisted in planning and building several homes and remodeling others in Ashley, Oakdale and Nashville. She was a talented baritone saxophone player. Mary loved gardening and landscaping, was skilled at both, and was particularly adept with roses.

Friends and passers-by often sought out her advice on flowers. She also had a gift for art and design and made normal things extraordinary, whether it was a uniquely-wrapped Christmas gift or elaborate party decorations for a Sunday School gathering. She was a night owl and routinely worked on projects into the wee hours after typing and editing Eddie’s sports stories for the Nashville News, as well as his weekly Kemper’s Corner column.

She gave freely to those in need, even when she had to sacrifice to do so. She loved learning, treasure-hunting, good conversations with friends, and her family.

Funeral services will be held at 10:00 a.m. on Saturday, February 13, 2021 at Styninger Funeral Home in Nashville with Rev. Aaron Kotila officiating. Burial will follow in the Beaucoup Cemetery. Friends may call from 9:00 a.m. until service time on Saturday at the funeral home. Memorial contributions may be made to the Washington County Hospital Extended Care.