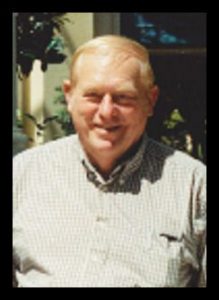 Leon was born on July 18, 1942 in Albers, IL the son of John and Helena (nee Schulte) Kuhl.  He was united in marriage to Mary Wernecke on June 17, 1967 at St. Luke’s Lutheran Church in Covington, IL and she survives his passing.

Leon proudly served with the United States Army.  In 1971, Leon started Kuhl Lumber in rural Nashville, IL. In 1985, he decided to expand his business and start the US Pallet Company which he owned and operated for many years.  He was a member of the Trinity Lutheran Church in Hoyleton, IL and the Albers American Legion.  Leon enjoyed fishing, hunting and being outside.  His true love was softball, which had many accomplishments, including being inducted into the SLAMSS Hall of Fame.

Due to COVID-19 health concerns, all funeral services will be private at the Campagna Funeral Home in Nashville, IL on Friday, January 29, 2021.  Burial with military honors will follow.

Should friends desire, memorials can be made to the Addieville Fire Department or the New Minden Community Club and will be accepted by the Campagna Funeral Homes.