With Governor J.B. Pritzker’s decision to ease pandemic mitigations in several regions in Illinois, the SIJHSAA announced that junior high basketball and volleyball seasons will begin next week across southern Illinois.

A modified season schedule will allow for volleyball and boys basketball games to begin February 1, with girls basketball to follow starting March 8.

Regular season games may be delayed based upon the sports’ classification and the current mitigation tier for the region on the Restore Illinois plan.

At Okawville, girls volleyball, which is classified as a medium risk sport, can begin competing once Region 4, which includes Washington County and the Metro East, has test positivity rates at or below eight percent for three straight days (Tier 1).

For boys basketball, which is classified as a high risk sport, regular season games can only begin when Region 4 moves from Tier 1 to Phase 4, which requires three straight days of test positivity rates at or below 6.5 percent.

The IHSA will formulate plans for opening up high school winter seasons statewide during the meeting January 25.

Region 4 is currently under Tier 2 mitigations, which according to IHSA guidelines allows for high-risk sports like basketball to practice with no physical contact. 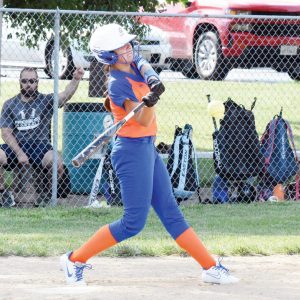