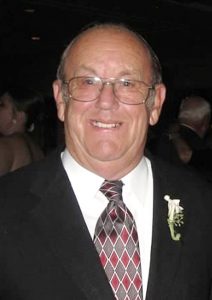 Mr. Donald Albert Rennegarbe of rural Okawville, IL departed this life at his residence surrounded by family, on Saturday, January 23, 2021 at 11:32 A.M. He had attained the age of 78 years, 8 months, and 2 days.

Donald was born on the family farm in rural Okawville on May 21, 1942 the son of Elmer and Irma (nee Weeke) Rennegarbe. He was baptized and confirmed in the Olive Branch Lutheran Church in Okawville. He was a 1960 graduate of Okawville High School. Don was united in marriage to Sherry Lynn Holle in the Olive Branch Lutheran Church on August 14, 1965 and she preceded him in death on May 17, 2014.

Donald farmed and worked at the Okawville Farmer’s Elevator for many years. At the time of his retirement in 2004, he was the manager of the Addieville, IL location of the elevator. He then worked as a director’s assistant at the Campagna Funeral Home. Don had previously served as a volunteer firefighter on the Addieville Fire Department. He was a lifelong and faithful member of the Olive Branch Lutheran Church in rural Okawville where he served on various church committees over the years.

After he retired, Don spent his days doing “a little bit of this and a little bit of that.” He loved spending time with and taking care of his beloved wife Sherry Lynn before she died. He enjoyed tending to his garden and strawberry patch, watching the Gameshow Network, and baking, and especially eating cookies with his grandchildren. Donald was a proud and loving father, and an even prouder and loving grandpa.

In addition to his parents and wife, he was preceded in death by a brother, Ralph Rennegarbe in infancy; a sister-in-law, Darlene Rennegarbe; and two brothers-in-law, Arthur Grayson and Lyle Holle.

Private services will be held from the Olive Branch Lutheran Church in rural Okawville on Tuesday, January 26, 2021 with Pastor Roger Drinnon officiating. Interment will be in the church cemetery.

Visitation will be held from the Olive Branch Lutheran Church in rural Okawville on Tuesday, January 26, 2021 from 11:00 A.M. until 1:00 P.M. Covid-19 restrictions will be followed. Face coverings will be required, and social distancing measures will be implemented, with a limited number of visitors in the church at any one time. Please be respectful of time so others may pay their respects to the family.

In lieu of flowers, memorials may be made to the Alzheimer’s Association or to St. Jude’s Children’s Research Hospital and will be accepted by the Campagna Funeral Home.