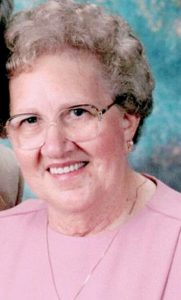 Bernice was a member of Trinity Lutheran Church in Nashville and the Washington County Farm Bureau.  She enjoyed bowling, playing pinochle, polka music and dancing.  She especially enjoyed family dinners out and spending time with them.