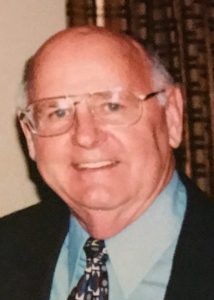 Raymond Klosterhoff of Arlington, Washington, formerly of Addieville, passed away at 11:45 pm on Wednesday, December 30, 2020.

Ray was born on July 15, 1934 in Addieville, the son of Raymond and Edna Breuer Klosterhoff.

He married Marian Yvonne Roberts of Tacoma, Washington on December 20, 1958. They were married just shy of 60 years when Marian passed away on July 13, 2018.

He was also preceded in death by a son-in-law, Dr. Jeff Files; a brother, Eugene Klosterhoff; and two sisters, Marcie Frech and Fern Aubel.

Ray graduated from Nashville High School in 1952 and served two years in the United States Army. He was always in the lumber business. He was a member of the American Legion.

Should friends and family desire, memorials may be made to Zion United Church of Christ in Addieville.