Richard was born to Joseph and Gertrude Hoffman.  After his mother passed away, he was welcomed into the warm and loving home of Gertie and S 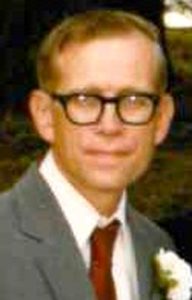 pud Nikrant of DuBois, IL where he lived until he was 17.  Richard graduated from Ashley High School and immediately joined the United States Air Force, his home for 23 years.  During his journey, he met Mary Helen Galindo in Oklahoma City, OK.  Their first child, Marie Christine was born in Guam where Richard was a Bronze Star winning Supply Sargent.  Three years later, they were in the Upper Peninsula of Michigan where his son, Joseph Manuel was born.  After retiring from the Air Force as the top enlisted rank of Chief Master Sargent, he worked at Central Hardware in Fairview Heights, IL to be closer to his family.

He was an avid reader, loved all kinds of music, especially country music, and loved being with his family, especially his three grandchildren.  Richard’s grandchildren were his pride and joy.  He often spoke of the love of his life, Mary Helen, and enjoyed sharing stories of their travels in the military and the time they spent together.

He was preceded in death by his wife, Mary Helen; his parents; two sisters; two brothers; and aunts, uncles, and cousins.

Condolences may be made to the family at www.kasslyfuneral.com.